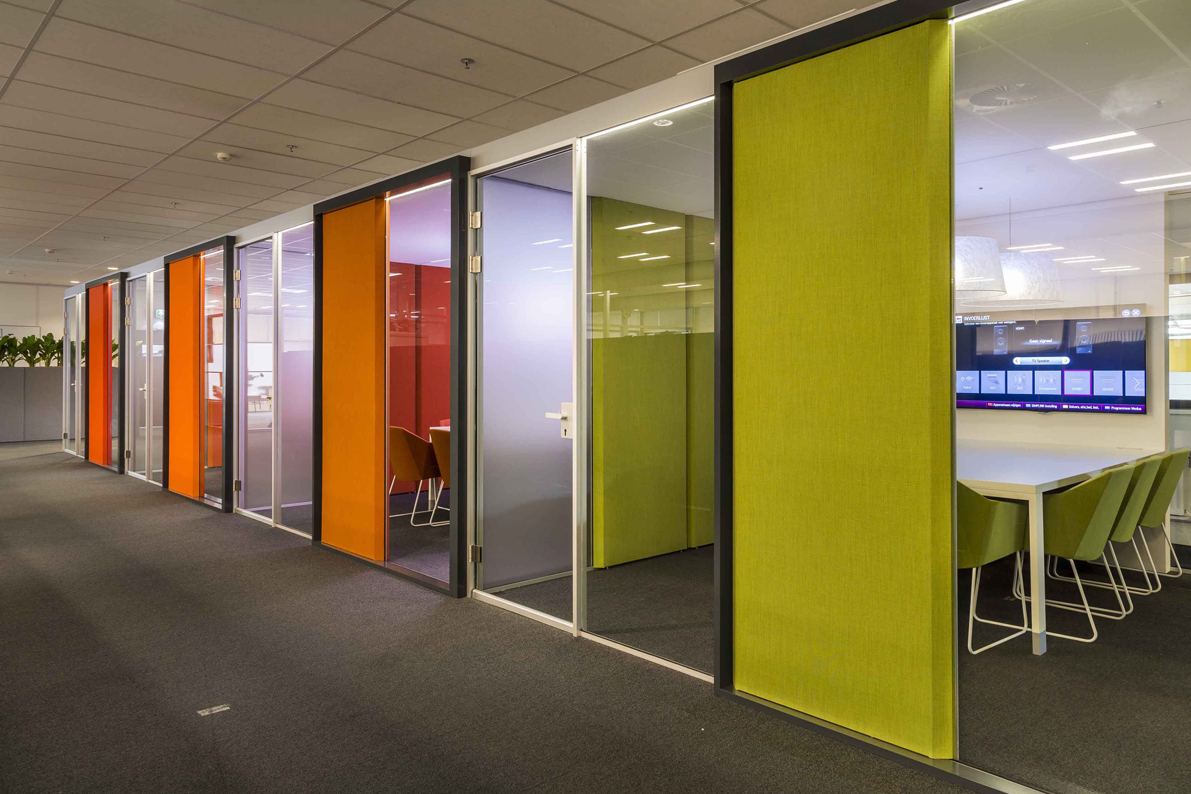 "VMI, market leader in the field of the production of machines which car tyres are manufactured with, had Still Design install five modular booths in one of the office landscapes of their company in Epe. Four out of five booths were installed in a shifted way and one was installed individually in the space.

At VMI's request, Still Design made it possible for each booth to have a sprinkler head and a thermal fire/smoke detector. The choice of VMI to have these modular booths installed, was on the one hand to save themselves from adjusting all kinds of technical installations within the building (had fixed offices been built, that would have been necessary) and on the other hand that these modular Still Design booths remain moveable; all parts of this modular system can be re-used whenever the customer wishes to change the location or change the measurements. VMI indicated, as a starting point, that the conversations have confidential content and they should by no means be understood in the other adjacent booth, not even by means of the transit of piping as part of the sprinkler installation. The modular glass booths delivered have an Rw value of 36 dB, with the exception of the centre walls, which have a sound insulating value of 42 dB."